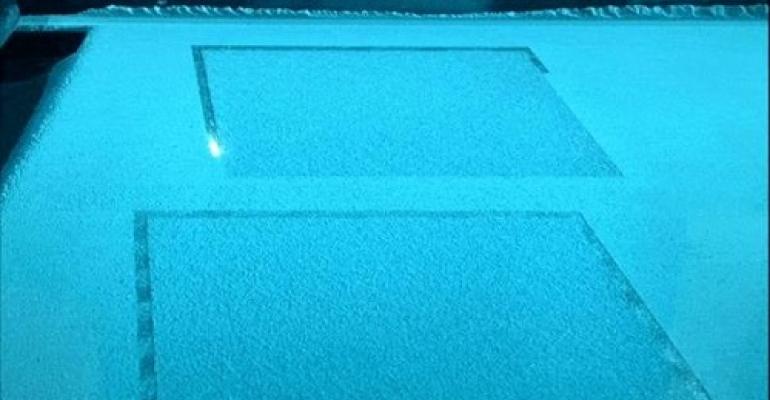 The goal of the NASA-backed research is to create a simulation process for 3D-printed metal parts for high-temperature applications such as jet engines or spacecraft.

While additive manufacturing (AM) has been a cost-saving and opportunity-creating boon for many industries, it has remained an out-of-reach challenge for some high-temperature applications, most notably in the aerospace sector. At present, the only way to certify a part created by additive manufacturing for space applications is to perform extensive microstructure and property characterization tests on the parts. The costs and time it takes to complete these tests has made it difficult to use 3D-printing technologies, and have put the process out of reach for some manufacturers.

The testing is critical, though, to ensure quality in AM parts, as there are many complex interactions between laser/electron beam and metal powder during the printing process that can affect final performance and create differences in microstructure from part to part. Because the laser melting process is extremely fast, it’s hard to quantitatively measure the thermal profile in the building alloys, and the thermal history affects the microstructure evolution, including internal stress of materials. The need for extensive testing is therefore understandable.

The goal of the Pitt research is to create a simulation process for 3D-printed metal parts for high-temperature applications such as jet engines or spacecraft. Once fully realized, the research will develop a method to virtually visualize 3D-printed parts for elements such as strength and creep without the need for costly and time-consuming microstructure tests. A new integrated phase transformation and grain texture model that can predict microstructure evolution under complex heating and cooling cycles would reduce the need for extensive physical testing. In addition, a simulation-based certification for AM parts for aerospace could also substantially lower the expense of certification, opening the market for more manufacturers (in the words of the aerospace industry, it will “reduce technology insertion risks.”)

For the basis for its work, the team chose Inconel 718, a nickel-chromium “superalloy,” because the material is well suited for high strength applications up to ~760°C as well as high tensile pressure. It has also been studied extensively due to its wide number of applications, Professor Xiong told Design News.

The simulations will be based on Integrated Computational Materials Engineering (ICME), a library of tools and materials properties that can allow designers to simulate the entire production process before production even begins. The Pitt researchers believe that if their ICME model can be applied to Inconel 718, it should be easy to transfer it to other types of alloys that might be useful to aerospace development and other applications.

“If we could develop this ICME model successfully, we can expect to have a powerful toolset to predict microstructure and thus design mechanical properties of alloys,” Professor Xiong told Design News. “This is beneficial to improve the overall performance of the 3D-manufactured components. If we do not have such an ICME toolset, we rely on trial-and-error method to obtain good processing parameters. This will significantly constrain the applications of additive manufacturing.”

This simulation process is still a new frontier for NASA, and the agency’s interest is understandable. (In fact, despite budget cuts in other areas, NASA is aggressively pursuing additive manufacturing technologies.) The goal of the agency’s Space Technology Research Grants program is to accelerate technologies in their early stages so they can eventually be implemented by NASA, other government agencies, and the commercial aerospace sector.

The University of Pittsburgh and ANSYS will not be the only researchers pursuing methodologies on NASA’s behalf for simulations for AM-created parts that operate under high temperatures and pressures. A proposal for an ESI grant was also accepted from the Ohio State University, Columbus based on its submission, “Certification of Additive Manufacturing Processing Parameters through Physics-Based Predictive Simulation of Process-Defects-Microstructure.”

The full list of 2016 grand recipients can be found here.