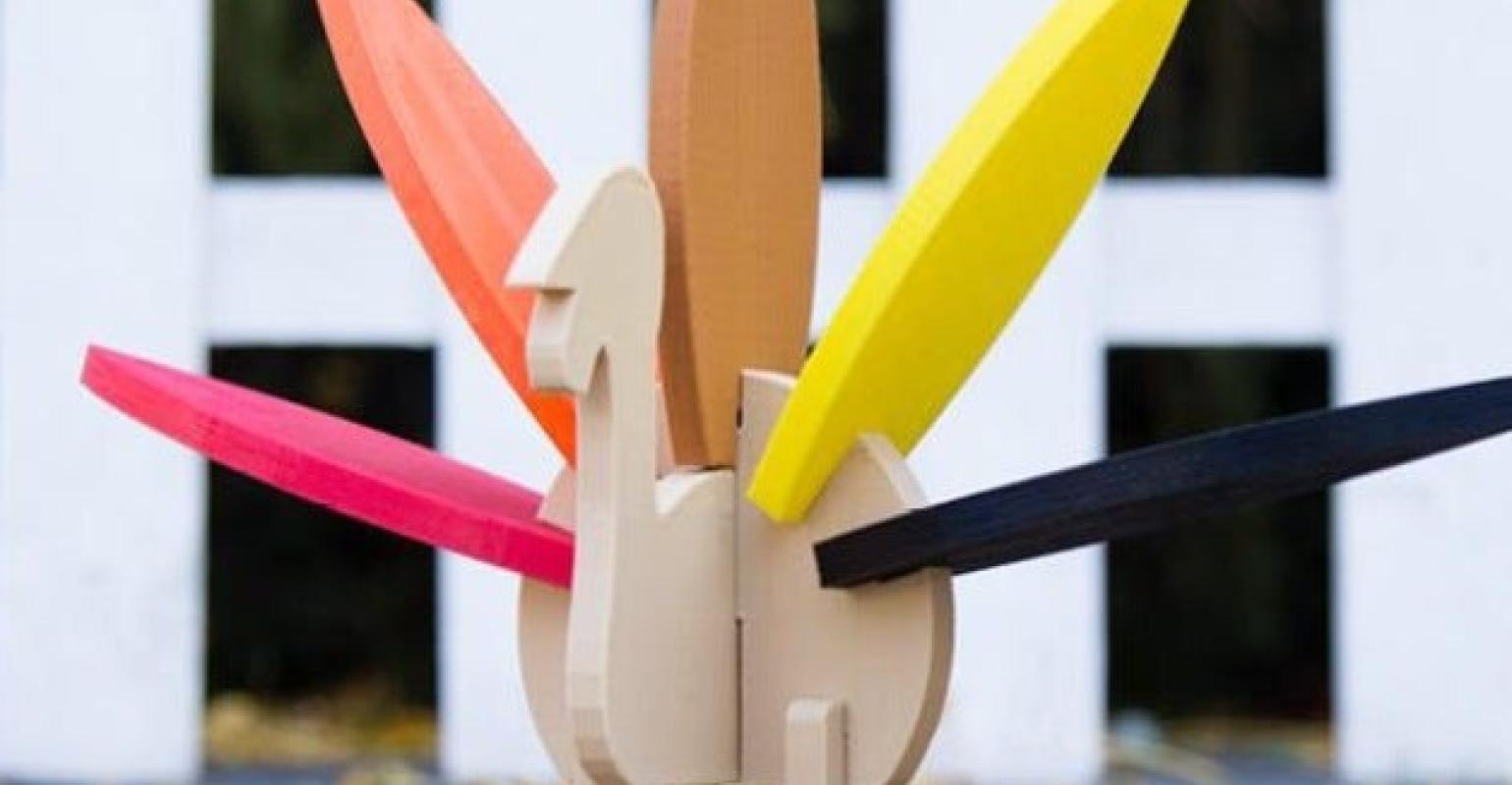 Have a high-tech Thanksgiving

Cooking the big holiday meal gets a bit more exciting with 3D printing and IOT devices.

Now that the holiday season is upon us, 3D printers, both personal and commercial, are busy churning out festive decorations. But did you know that this technology can also create food, from desserts and simple side dishes to (in the near future) more complex, layered foods like mashed potatoes. Still, you don’t need a 3D printer to have a high-tech Thanksgiving with your friends and family. There are plenty of commercial IoT devices to aid the traditional cook – and even the sous chef of the future.

First, let’s consider the decorations. A wide variety of colorful 3D printed Thanksgiving-themed prints are available to enliven the holiday table. If a nice centerpiece is needed, then download the CAD file for a simple turkey puzzle from Maker’s open 3D printing community known as Thingiverse, load up the appropriate filaments, print and assemble.

If you’re a bit more adventuresome, you might try downloading and printing a slightly more complex Thanksgiving turkey light box. Be careful though to use tealight LED candles, otherwise the 3D printed lightbox will probably melt. That would be a nailed-it failed-it!

Now let’s consider the Thanksgiving meal. The same technology that can create almost anything – from an entire car to a tiny microchip – can also be used to produce edible food. In fact, the global 3D food printing market is a growth industry according to a recent Research and Markets report: Global $525 Million 3D Food Printing Market Analysis & Forecast 2018-2023.

3D food printing uses different pastes and materials to recreate food by relying on technology similar to fused deposition modeling (FDM) but with a dough instead of a plastic filament. This dough may consist of chocolate, sugar, chewing gum, tomato sauce and more.

While you can’t yet 3D print an entire Thanksgiving size edible turkey, you may soon be able to reproduce many of the side dishes like mash potatoes. The challenge for mash potatoes is that current food printers use only one printhead to extrude a single or a mixture of materials. Such a printhead cannot control the materials distribution on a plate whereas a multi-extruder printer could create a more visually appealing layering and texturing of foods such as mash potatoes. While still in the prototyping stages, a team of Chinese researchers at Jiangnan University have recently applied for a US patent on the 3D printing of mashed potatoes.

Holiday desserts are a bit easier to make as they typically require a single print head. Check out the aesthetically pleasing shape of a chocolate dome from 3DByFlow. I haven’t yet sampled their wares, but the chocolate sure looks good. ByFlow, founded in the Netherlands as a family business in 2015, is one of the companies in the growing market of 3D food printing.

Don’t yet have a 3D printer but still want to have a high-tech Thanksgiving? The IoT is here to help. Consider June, a connected oven that lets you control your baking and view your food from a smartphone. Or how about cooking that turkey (or Tofurky for your vegetarian friends and family members) in the “Crock-Pot Smart Slow Cooker.” It comes with a companion application for your smartphone to adjust time, temperature, and other factors.

When it comes to cooking, one of the more futuristic gadgets will soon be the solid-state RF cooker. The advantage of RF technology over the traditional magnetron-based microwave ovens are significant. The magnetron oven generates one power level at a time. In contrast, the solid-state cooker based on RF technology uses both power level control and frequency tuning to adjust the cooking conditions throughout the oven. In other words, you can cook a variety of different foods at the same time, e.g., turkey slices, potatoes and gravy, vegetables, and the like. Such precise cooking temperatures and locations on the plate are made possible by a number of solid state power amplifiers and antennas with closed-loop control to RF systems.’

While this technology has been available for a decade or so, it’s only recently been ready for prime time. Foremost in this effort has been Goji Food Solutions, an Israeli company that had developed an oven using solid-state power chips, RF energy devices and proprietary software. Together, these technologies and software allow the Goji-based oven to cook a variety of foods on a single plate even in the presence of utensils and metal cups.

For now, the first consumer RF cooking appliance that uses Goji’s technology will be in the industrial market. But competition in the commercial areas are already emerging. For example, Chinese appliance manufacturer Midea, in partnership with NXP Semiconductors, is developing the Semiconductor Heating Magic Cube. The Magic Cube combines NXP’s LDMOS RF power transistors that support the RF cooking module.

Whether you have access to a futuristic RF cooker, an IoT-enabled traditional oven or crock-pot, or a 3D food printer, technology can make this year a high-tech cooking adventure. Just be sure to include a few festive decorations and you will have nailed it.