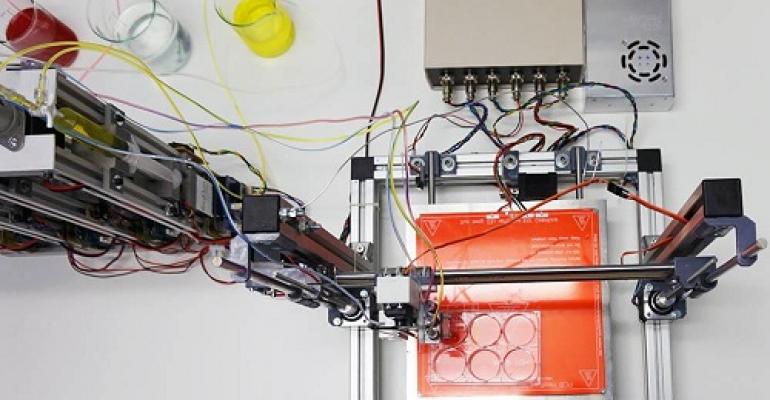 Researchers in Spain have developed a 3D bioprinter that can create functional human skin for use in transplants, research, or cosmetic and chemical testing.

Researchers in Spain have once again show the potential of the diversity of items that can be fabricated using a 3D printer, with scientists there developing a prototype for a 3D bioprinter that can print genuine human skin.

A team from the Universidad Carlos III de Madrid (UC3M), CIEMAT (Center for Energy, Environmental and Technological Research), Hospital General Universitario Gregorio Marañón, and the bioengineering firm BioDan Group developed the printer, which produces functional human skin that can be used for patient transplants or in research or testing of cosmetic, chemical, and pharmaceutical products.

The development is a breakthrough in biomedical engineering, representing the first time a living human organ created using 3D bioprinting has been introduced to the commercial market, researchers said. The printed product entirely replicates the natural structure of actual human skin, complete with its external layer; the epidermis, including the stratum corneum; and another thicker, deeper layer, the dermis. The dermis includes fibroblasts that produce collagen in human skin, which is what gives the organ elasticity and mechanical strength.

In place of cartridges or colored inks used in the typical printing process, developing human skin with a 3D bioprinter relies on bioinks. These are essentially injectors that use biological components, said Juan Francisco del Cañizo, a researcher at the Hospital General Universitario Gregorio Marañón and Universidad Complutense de Madrid.

The process for using these components is more complex than with typical materials used in the 3D printing process, as well as integral to the authenticity of the skin produced, he said. “Knowing how to mix the biological components, in what conditions to work with them so that the cells don’t deteriorate, and how to correctly deposit the product is critical to the system,” Cañizo said.

The bioinks—patented by CIEMAT and licensed by the BioDan Group--are deposited on a print bed by a process controlled by a computer to ensure they are placed in an orderly manner to then produce the skin, he added.

Researchers published a paper about their research in the journal Biofabrication.

There are two ways to produce skin for use in medical applications, research, or testing, according to the researchers. One is to produce allogeneic skin from a stock of cells on a large scale to be used in industrial processes, while the other is to create autologous skin custom-made specifically from the patient’s own cells.

This latter case would create skin for therapeutic use, such as in the treatment of severe burns, they said
There are several advantages to bioprinting actual skin with human cells and components instead of synthesizing skin or using animal-based skin for medical and other purposes, researchers said.

“This method of bioprinting allows skin to be generated in a standardized, automated way, and the process is less expensive than manual production,” said Alfredo Brisac, CEO of BioDan Group. The firm specializes in regenerative medicine and is the commercial distributor for the technology.

Researchers are currently in the process of winning approval by various European regulatory agencies to guarantee that the skin produced is adequate for use in transplants on patients with burns and other skin problems, they said. The skin also can be used to test pharmaceutical products, as well as cosmetics and consumer chemical products where current regulations require testing that does not use animals.