Focus on Design for Functionality 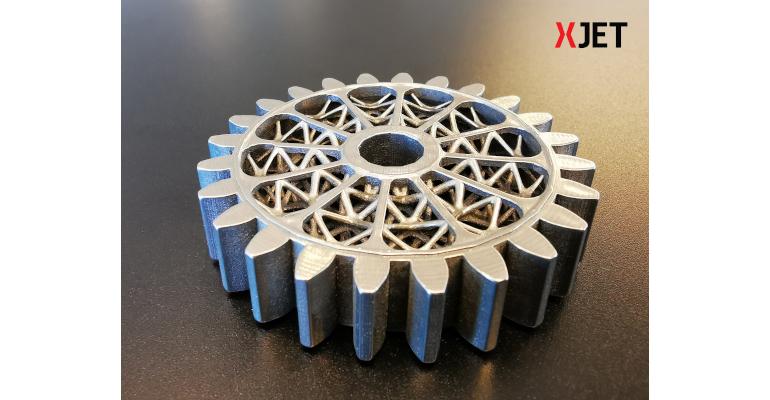 In an interview with Design News, XJet’s president and founder Hanan Gothait explained how his company’s NanoParticle Jetting (NPJ) technology is vastly different from traditional additive manufacturing systems. Speaking specifically to design engineers about NPJ, he said, “For the first time, you don't need to care about the system you want to produce the part with. You don’t need to design for the manufacturing technology, but focus the design on functionality, part weight, and performance.”

NPJ technology works by first loading sealed cartridges with solid nanoparticles suspended in liquid, which provides 99.9% density. “We have the highest density in the market because we use a stochastic variety of particle sizes, which generates minimal gaps between particles and superior material density,” Gothait said.

Printheads with thousands of inkjet nozzles then jet millions of ultrafine drops of both build and support materials onto the system build tray in ultrathin layers. This enables parts to be produced with virtually unlimited geometrical complexity.

After the part is built, the unique soluble support material disintegrates easily from the finished part, using water only in an automated process. This reduces the need for time-consuming and delicate post processing. Last, the parts undergo an overnight sintering process.

“If you compare it to powder-based or different additive manufacturing systems, you find that the amount of preprocess and postprocess before printing and after printing is huge, and in our case it basically doesn’t exist,” Gothait said, noting that the process is all done automatically and manual free.

“For engineers this is really important because they make a part and then someone has to work for two days in preparing it,” Gothait said. “You want to use a system that really is capable of making all these different geometries effortless. And this is what we spent many years in the lab to develop.”

Because NPJ technology uses a closed system, printing is done with very little waste and almost no pollution and uses very little energy, XJet’s chief marketing officer Guy Zimmerman said in the same interview. “So it’s a very clean process,” he said. “It's the greenest, safest, and the cleanest additive manufacturing technology for ceramics and metal.”

The support material, when it dissolves, it is considered to be water in most countries, Zimmerman said, and so it can just be drained. “And then the sintering is done in lower temperatures than the powder-based [additive manufacturing] because we start with smaller parts and more dense material.”

He added that the sintering is done with better yield and lower shrinkage than powder-based technologies. “So the entire process, end-to-end, is 90% controllable, digital, traceable and that's something that makes it suitable for scale manufacturing,” Zimmerman said. “If you put five machines next to each other, they would print the same things all the time, the same quality, because they get the same material and they control the same process,” he continued. “It's a real digitization of the manufacturing process and that's a green message."