Fabricating Micrometer-Sized Objects in the Blink of an Eye 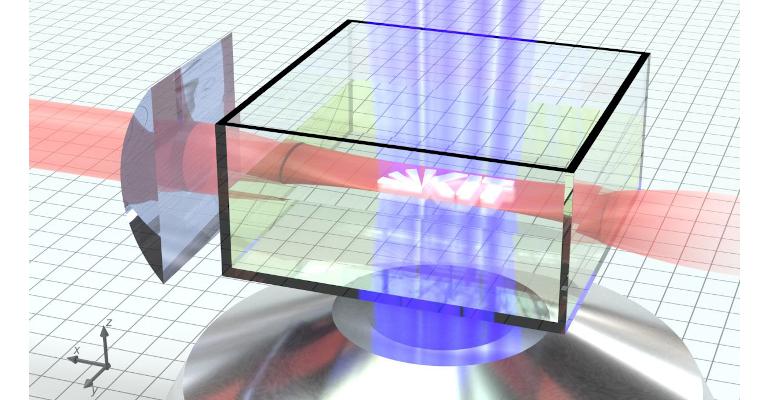 Researchers have created a new 3D printing process that uses two lasers to fabricate smooth and finely detailed micrometer sized parts in milliseconds—literally in the blink of an eye.

A team from the Karlsruhe Institute of Technology (KIT), Heidelberg University and the Queensland University of Technology (QUT), developed the process and a custom printer to go along with it by working with stereolithography, a popular additive technology fabrication process.

Historically, stereolithography is a slow and low-resolution process that uses a laser to project a 3D object layer by layer into a container filled with resin that's cured by UV light. However, now that 3D printing is maturing as a technology, scientists are seeking ways to print plastic objects as quickly as they can at the lowest possible cost.

To create a stereolithographic method that's faster and allows for far higher resolutions, the KIT team used a process called light-sheet printing, which is similar but different in a key material aspect as well as in the printer used that allow it to offer improvements, researchers said.

"Scanning-based nonlinear optical approaches … suffer from low printing speed or high cost because of the required femtosecond lasers," researchers explained in an abstract for a paper on their work in the journal Nature Photonics. The new approach researchers take in their recent work "combines image projection with an AND-type optical nonlinearity based on two-color two-step absorption," they wrote.

The light-sheet 3D-printing process projects blue light into a container filled with a liquid resin, pre-activating the material. Then, in a second stage, a red laser beam provides additional energy needed to cure the resin.

What allows for the speed with which an object can be printed is the return time on the resin that researchers used in their process, they said. Return time dictates the waiting time between when a resin returns from its pre-activated state to their original state, which must happen before a new layer can be printed.

"For the resin we used, the return time was less than 100 microseconds, which allows for high printing speeds," Vincent Hahn, a researcher from KIT's Institute of Applied Physics (APH), said.

The invention of a new process also called for some new machinery, with the research team building a custom 3D printer to facilitate their work. The printer uses blue laser diodes to project images into the liquid resin using a high-resolution display with a high frame rate, they said. The red laser used in the second stage of the process formed into a thin "light sheet" beam and crosses the blue beam vertically in the resin.

This arrangement allowed the team to 3D-print micrometer-sized parts in a few hundred milliseconds—which is basically how long it takes to blink an eye, they said. Moreover, scientists can improve this process even more by using more sensitive resins that allow for the use of LEDs instead of lasers in the process, which can reduce the cost even more, noted Professor Martin Wegener of KIT's APH.

Ultimately, the end goal of their work is to print highly detailed 3D objects that are micrometers in size as quickly as possible to support the overall scientific community in the same goal, he said.