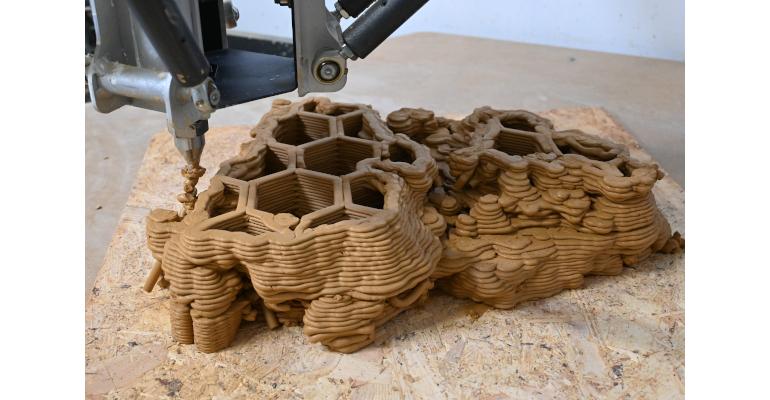 Researchers continue to explore the use of 3D printing as a way to preserve coral reefs with a new method that can help replenish these fragile systems of marine life.

Scientists from four Israeli universities have developed a new technique—based on the genetic structure of coral reefs off the southern coastal Israeli city of Eilat—that can be adapted to other marine environments to help curb reef devastation, a major problem for global coral ecosystems.

A number of environmental factors—such as climate change and accelerated urbanization in coastal areas—are placing stress on marine life. This is particularly affecting coral reefs, which are at threat of extinction—a key reason why researchers are investigating various ways to preserve them, they said.

"The rapid decline of coral reefs has increased the need for exploring interdisciplinary methods for reef restoration," observed Natalie Levy, a Ph.D. student at Bar-Ilan University, one of the universities involved in the research, in a press statement.

While first and foremost scientists want to preserve the reefs’ biodiversity, they also aim to bolster investment in technology that can not only improve coral ecosystems, but also help scientists better understand how they work, she said.

The Israeli researchers developed a multi-stage method to 3D-print ceramic reefs that can be used in coral reef-restoration efforts, integrated with existing reef to bolster the natural eco-system.

The process begins with scientists’ scanning thousands of underwater photographs of coral reefs. They then create 3D models of the reef using this visual information, aiming for as highly accurate as possible calculations of the complex forms of the living reef, researchers said.

The next step uses a molecular method for collecting environmental genetic information to provide data on the specific organisms of the reef to foster biodiversity. Researchers incorporate this data with other parameters and feed it into a 3D technology algorithm to build a precise, parametric interactive model of a particular reef environment, they said.

The final phase of the technique translates and produces ceramic reef through a 3D-printing process that can be incorporated in living reef systems, researchers said. These reefs are comprised of a naturally porous ceramic that can not only restore existing reef, but also establish a new reef structure that fosters new life to grow, they said.

Researchers published a paper on their work in the journal, Science of the Total Environment. In addition to Bar-Ilan, the other universities involved in the research were Technion, Israel’s Institute of Technology; Tel Aviv University; and University of Haifa.

The team believes that its combination of 3D-scanning, DNA sampling, and a 3D printing algorithm allows for an accurate tailoring of artificial coral for specific reef environments, providing a viable model going forward for significant reef restoration.

“The use of three-dimensional printing allows extensive freedom of action in reality algorithm-based solutions, and the assimilation of sustainable production for the development of large-scale marine rehabilitation," Ofer Berman, a student at Technion who worked on the research, said in a press statement.